On May 15, 2013, Brampton Council approved the request by the Department of Works and Transportation to carry out their Bicycle Facilities Implementation Plan including the submission to become a Bicycle Friendly Community. Council also approved a request to have the Brampton Bicycle Advisory Committee I’ve been a part of for a few months officially recognized and supported.

While the next steps with the city are as of yet unclear, it’s very exciting to see that Brampton Council seems to see the promise that cycling holds as a transportation solution.

#Mississauga gets it. #Brampton #biketo 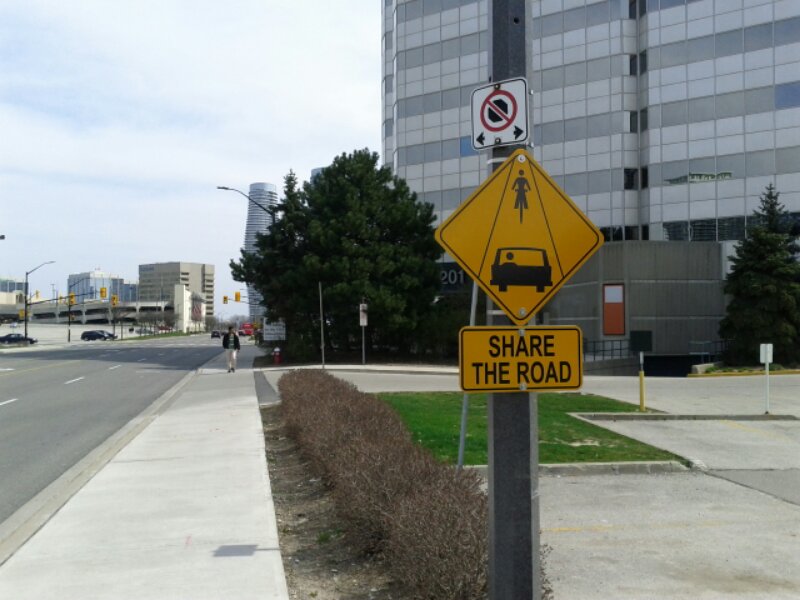 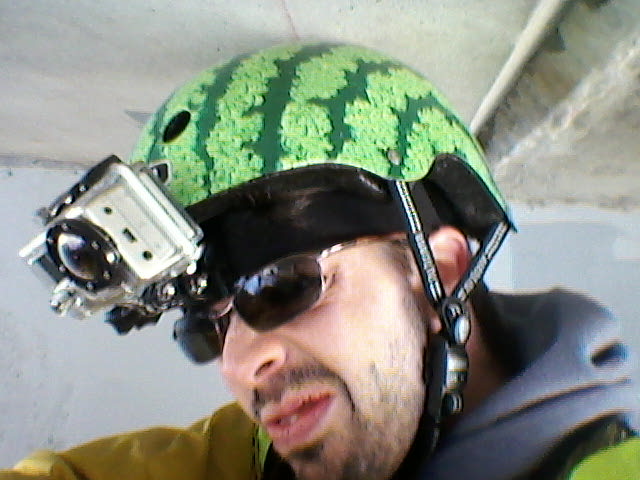 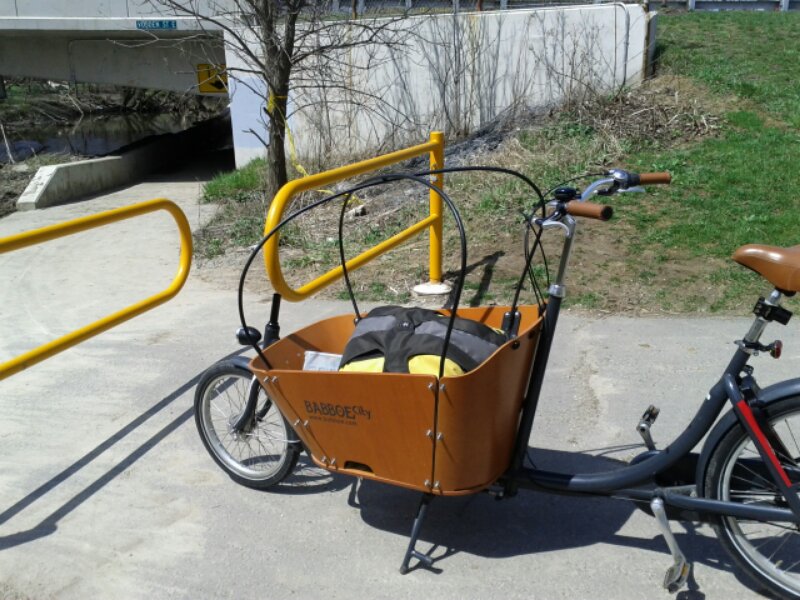 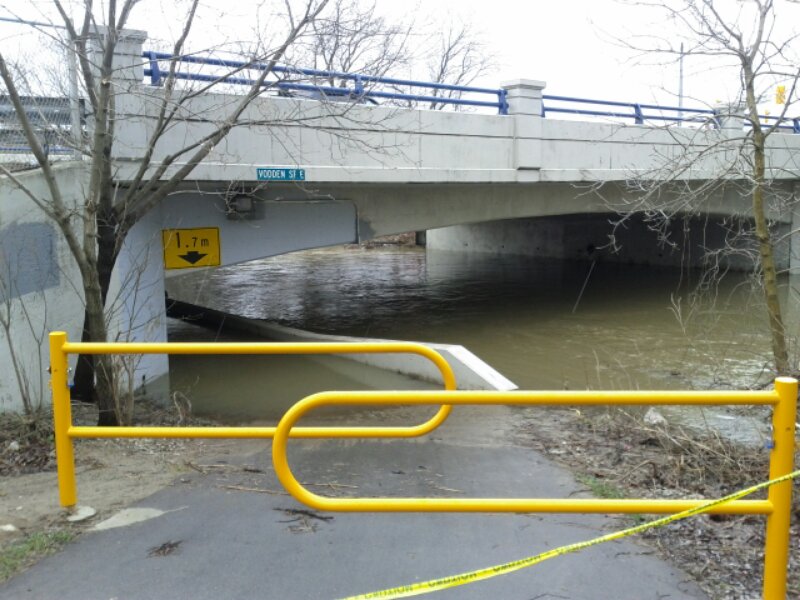 The Big Move for Brampton

If you live in Brampton, you might have noticed that travelling to work has become more challenging over the last few years. Metrolinx has a plan to combat this, called “The Big Move“.

Now, I love transit—I live car-free! And I think the what Metrolinx has painstakingly put together goes a long way in depicting the problems of mobility that the GTA and Hamilton will face if nothing changes to relieve congestion. It’s just that, I don’t know… It doesn’t really have “bite”. It doesn’t push hard enough on people to second guess whether they are doing themselves justice by taking their car every day, or whether they should give transit a chance to understand its value and/or side in favour of funding this massive plan for expansion that Metrolinx has.

Before continuing, there is a lot of information on the Metrolinx “The Big Move” website. I suggest checking it out for reference. For the rest of this post, I’ll be focusing mainly on a “Conversation Kit,” distributed at a Metrolinx information session that I attended on February 2nd in Brampton. And, on the Peel Fact Sheet also at The Big Move website.

Brampton Transit has seen growth for at least the last 2 years. The most recent news indicates that “More than 18 million riders relied on Brampton Transit in 2012 to connect them to work, school, shopping, family and friends – a 12 per cent increase in ridership over 2011. The national average for transit ridership growth is 4 per cent annually.”

Brampton has done a great job in promoting it’s own transit service. They realize that transit is about more than just getting to work. People use it to get to school, to go shopping: It’s a part of their everyday lives. And rightly so. For decades, cars were sold as a critical element of the North American lifestyle. Most of our current transportation infrastructure is built on this premise. But the reality now revealing itself is that this course of investment is unsustainable, and money needs to be invested elsewhere. Currently, our transit systems receive on average a little more than half the funding that other successful transit systems receive from governments worldwide. These cities include Paris, New York City, and London. As long as government funding remains this way, largely forcing transit users to fund public transit instead of funding from a common public tax base, it forces those who can least afford it to fund the improvements to the transit system, which is not a good situation. If transit doesn’t put in the effort to convincingly present itself as an equally valuable lifestyle choice, it’ll be difficult to bring in new money to fund improvements. I think that’s where the Metrolinx plan is coming up short, specifically in it’s sell to Brampton.

The biggest benefit of the Metrolinx round-table meetings is that it brings all the stakeholders together: Drivers, transit users, and even cyclists alike. We have to keep this dialogue going. That being said, here are some of my observations on plans for The Big Move in Brampton.

You heard that right. The context of all this planning is that it will be built over 25 years. This is something that should have started 25 years ago, and I think now everyone knows it. What I don’t see proposed in the Big Move plan is an interim solution. What can they do immediately, with GO Transit buses perhaps, to start building up a user base for the proposed routes they have in mind? Not mentioned. Perhaps they’ll deal with that on an as-needed basis, or perhaps we’re left to assume that municipal transit systems will pick up the slack until Metrolinx catches up.

With all this focus on getting people relief from their commute, very little focus is on getting people to where they want to go otherwise. For example: I want to get to Hamilton. Any direct transit lines to help with that? No. Any plans for some? No.

The Union Pearson Express project is another good example of this. I can appreciate that those visiting on business might want to get downtown quickly, but what about local business people throughout the GTA wanting to get to the airport? Are there any plans on setting up Pearson as a major transit hub like other cities around the world have done? No.

Overall, I have to wonder how much of this plan is reactionary and not forward-thinking enough. My concern about the Big Move plan is whether enough thought is put into expansion as the need for transit increases, which inevitably it will.

You might hear some discussion on the opportunity cost of our current congestion levels. This includes lost time with families, and money lost to businesses. What’s missing however is the value proposition of public transit. To that, I offer my experience.

When I started working in downtown Toronto, I was driving. I got to drive over icy patches in winter, squint through rain, get the sun in my eyes, contend with other drivers for available lane space downtown, look and pay for parking, it was awesome (not).

There came a day when the parking garage I frequented was going to raise their rates. I decided to find ways to save money in my budget.

The GO Train: Cheaper Than Parking

Not by much, but it was enough to get me thinking. I could spend $240 a month on average to park downtown (which is a bargain!), or about $230 to take the train. Also, during events downtown it can take forever to leave the core. I recall on some occasions seeing what would later be my train leaving as I was still stuck in traffic, and ultimately getting back to Brampton before I would. I realized that if I started taking transit, it would sometimes save me time, and it would always save me money. As I started taking the train, I found that I would arrive home more relaxed, because I had napped instead of fighting with rush-hour traffic. Eventually, I sold the car I was using to take me to work, which eliminated car payments, insurance, gas, maintenance, etc.

I have no doubt that the Big Move will be great for the GTA. But then, Metrolinx is preaching to the choir when they tell me what they have planned. The real challenge in the problem of solving congestion is in convincing people to leave their cars and find another means of getting around. And for that, I have yet to see an answer.